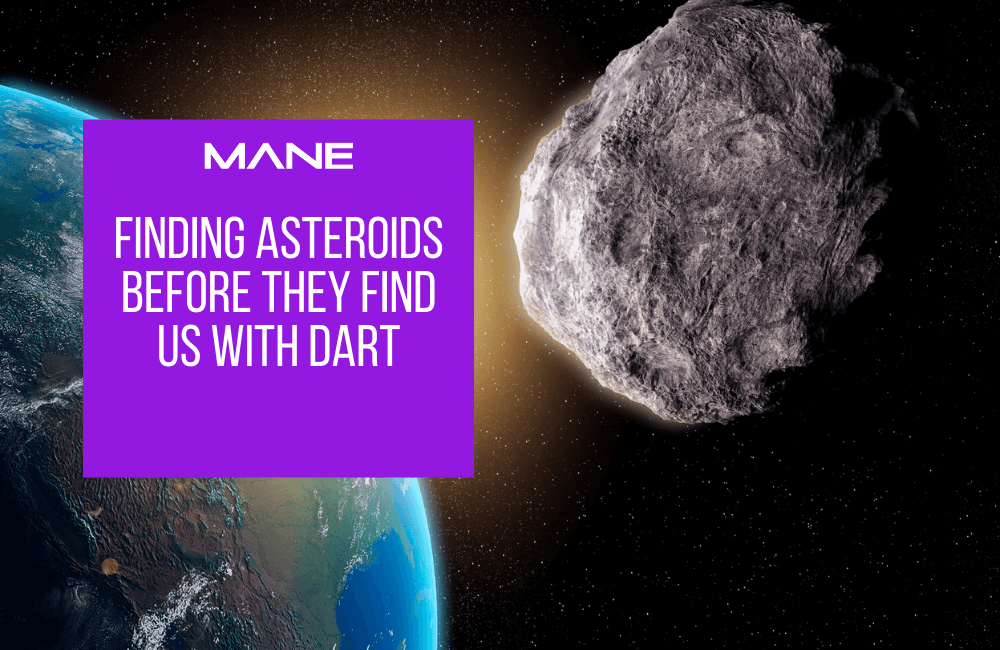 Finding Asteroids Before they find us with DART

Finding asteroids before they find us is a frightening game – one that those who occupied the Earth 65 million years ago failed to display enough intelligence to win. Although currently there is no asteroid projected to collide with the Earth within the next 100 years, humans are not to be discouraged from finding a solution to such a cataclysm - in what is yet another instalment in the Catastrophist-Cornucopian debate.

In the early hours of November 24th, the California coastline was set alight by a SpaceX Falcon 9 rocket carrying NASA’s Double Asteroid Redirection Test spacecraft away from the planet, and towards an asteroid. The objective – to crash into a large space rock, deterring it from its natural path.

DART is a mission designed and managed by the John Hopkins Applied Physics Laboratory (APL) in Laurel, Maryland. Working on behalf of NASA’s Planetary Defence Coordination Office, DART is history’s first full-scale trial analysing how technology may be used to protect the Earth from potential future asteroids, or comets.

The slightly altered course of the asteroid will be accurately measured on Earth via ground-based telescopic observations. Using a method called kinetic impact, DART will evidence that an autonomously navigated spacecraft is able to identify and collide with potential targets. If an asteroid were to ever be discovered, DART will provide vital data to help humankind better prepare.

APL director Ralph Semmel exclaimed that his laboratory are ‘honoured that NASA has entrusted APL with this critical mission, where the fate (of humankind) could really rest on our success.’ Semmel and his team plan to execute a one-way trip for the spacecraft to the Didymos Asteroid System, the target – a moonlet named Dimorphos. At approximately 160 metres in diameter, Dimorphus orbits the larger asteroid, Didymos.

The spacecraft is predicted to hit the moonlet in late September 2022, with the two objects colliding at a precise speed of 4 miles per second, enough to alter the asteroids path. The laboratory estimates the kinetic impact to shorten Dimorphus’ orbit by several minutes.

In one week from now, DRACO (Didymos Reconnaissance and Asteroid Camera for Optical navigation), will be turned on to provide the first images from the spacecraft. To photograph the event in 10 months from now however - since DRACO is to be destroyed in the crash -the LICIACube (Light Italian CubeSat for Imaging of Asteroids), provided by the Italian Space Agency, will be released just prior to impact, capturing footage of the collision, the consequential ejecta cloud, and a glimpse of the crater left on the surface of Dimorphus.

Once the mission is completed late next year, NASA hopes to use the results to enhance existing scientific data models critical in predicting the effectiveness of kinetic impact, the outcome – a reliable method of asteroid deflection.