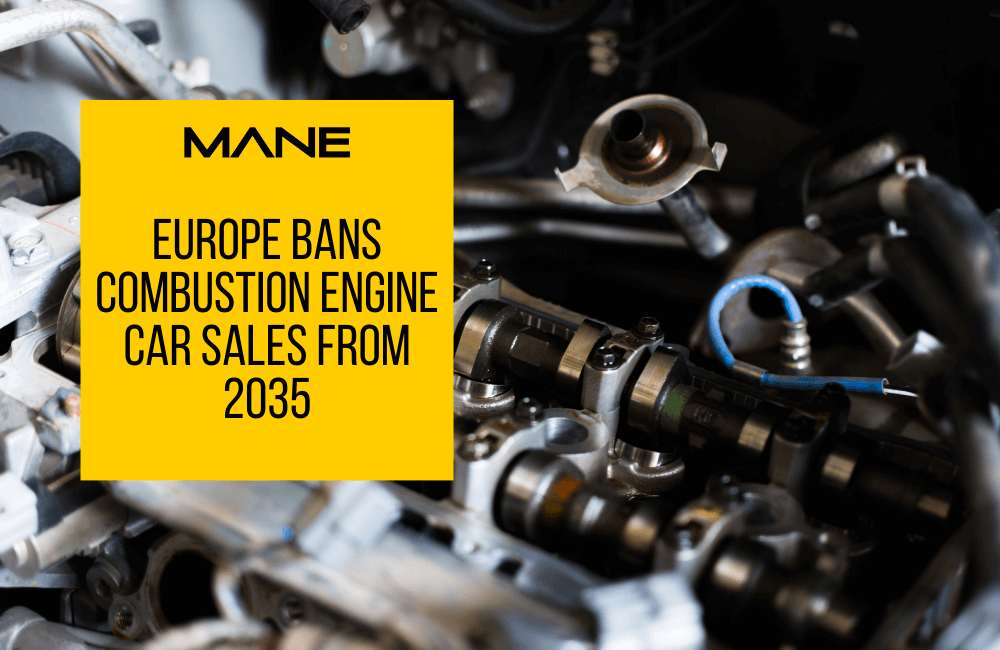 The EU is proposing a ban on CO2 emissions for all new cars by 2035. This effectively amounts to banning traditional internal combustion engines, making petrol and diesel cars a thing of the past.

The European Commission also wants to increase its carbon-cutting goal for the next decade, from cutting emissions by one-third to slashing them in half.

Proponents say this will force the European auto industry to develop more of the electric vehicle technology consumers want and to make electric cars more widely available. Passenger cars account for 12% of all carbon emissions, so at least in the consumer sphere, cutting car emissions is one of the most important steps towards curbing climate change.

The EU has a goal of net-zero emissions by 2050, and this represents an aggressive pursuit of a key part of that goal. Getting the motion approved throughout the EU could take as long as two years, so the change won't be immediate, but some manufacturers are already announcing their transitions to electric.

Countries that are home to Europe’s major automakers are expected to oppose the motion, but early adopters of low emission vehicles are likely to win out in the end, as the aggressive climate legislature does seem to reflect the concerns of voters, who are, at the end of the day, also consumers.

Brussels has made an important contribution by proposing new legislation that will create additional charging infrastructure, which will help address customers’ concerns about the driving range of electric vehicles. Creating that infrastructure is likely to cost upwards of 95 billion euros, but once it's done there will be more than 16 million ports available to clean drivers, a milestone projected for 2050.