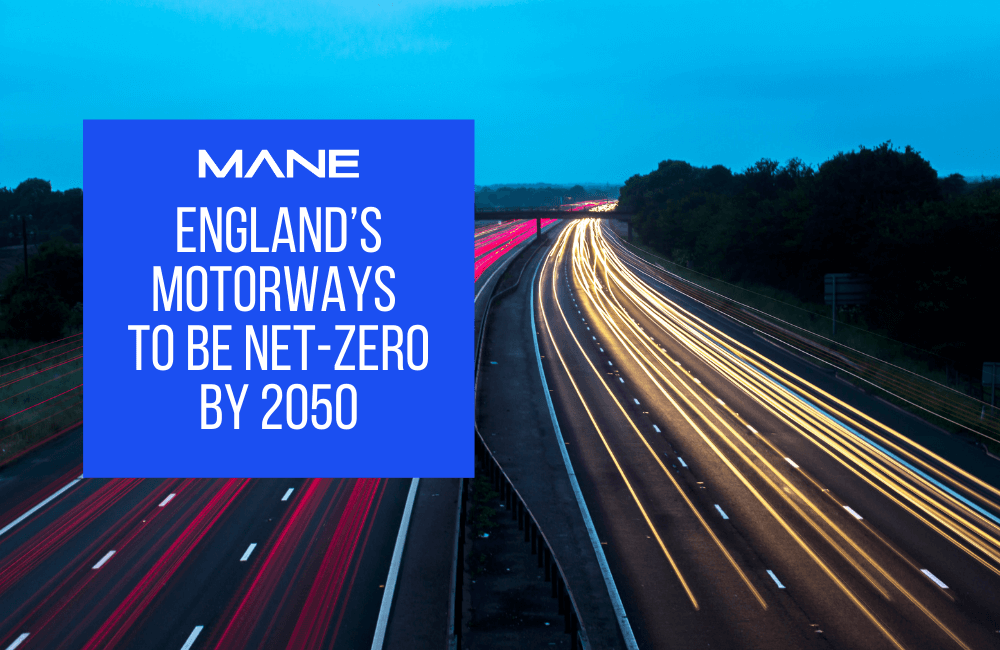 England’s motorways to be net-zero by 2050

Green motorways might sound like a contradiction in terms. But Highways England, the guardian of English motorways and trunk roads, has published a plan to be net-zero by 2050.

Transport is the UK’s biggest carbon emitter. In the wake of the government’s plan to change the traffic on our roads from petrol and diesel to zero-emissions electric vehicles, Highways England has pledged to cut emissions from the construction and maintenance of the roads themselves.

The first step in Highways England’s plan is to get its own corporate operations to net-zero by 2030, using strategies including replacing 70% of road lights with LED lighting by 2027 and planting three million trees.

The next milestone is 2040; when it aims to achieve net-zero emissions for maintenance and construction on the roads, followed by all vehicles hitting net zero in 2050.

One of the biggest challenges Highways England faces on the construction front is that the construction materials used in roads – cement, concrete and asphalt – contain embedded carbon, which will need to be removed. It’s committed to publishing a zero-carbon 2040 roadmap detailing how it plans to cut carbon from these materials by June 2022. The Lower Thames Crossing scheme will act as a testing ground for low carbon innovations.

It also plans to produce a blueprint for ramping up electric vehicle charging infrastructure by the end of 2023.

Civil engineering contractors have come out in support of the plan, with Alasdair Reisner, CEO of the Civil Engineering Contractors Association (CECA), saying, “Our members recognise their responsibilities to protect current and future generations from the impact of climate change... As an industry, we must recognise what good looks like, understand where it’s going and always challenge our thinking.”