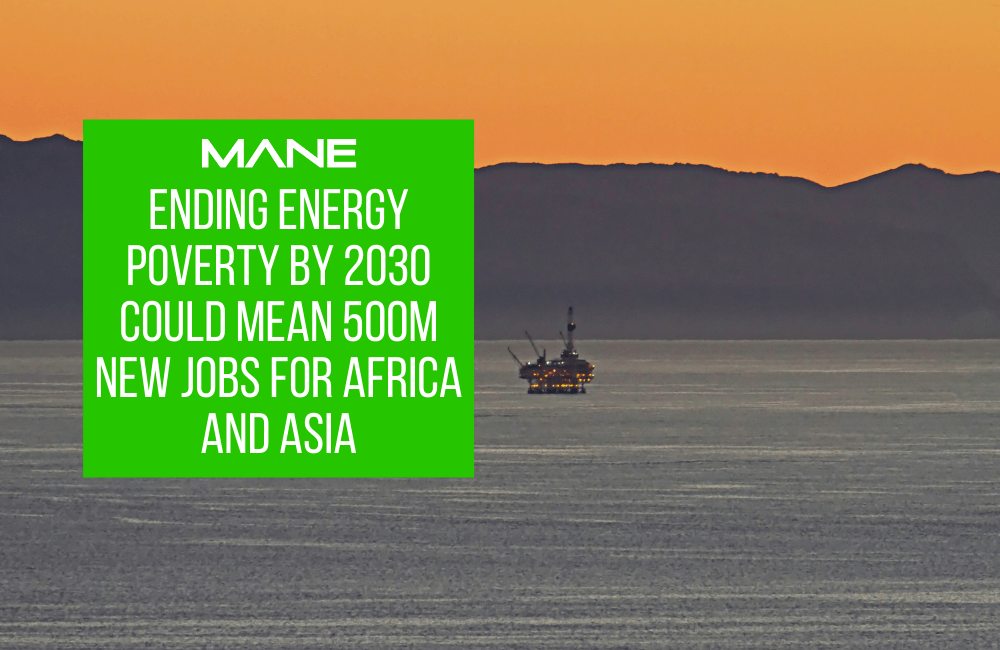 A new study by the Rockefeller Foundation has revealed that if the world manages to end the era of energy poverty by 2030, it could create as many as 500 million new jobs in Africa and Asia.

The research found that, by comparison with fossil fuels, investing in renewables could create 30 times as many jobs and save almost four billion tons of greenhouse emissions.

Investing in fossil fuels would be unlikely to even create half a million jobs by 2030 – and most of those would be short-term, the Rockefeller Foundation said.

It also found that up to 3.6 billion people are still living in energy poverty in over 63 Asian and African countries. Energy poverty is defined as a situation in which people have difficulty obtaining enough energy in their home to meet their basic needs.

In Europe we tend to think of this in terms of home heating, but in the poorest countries it can mean having no access to electricity at all and relying on polluting and dangerous fuels like dung, charcoal or kerosene for cooking.

The Rockefeller Foundation’s President, Dr Rajiv Shah, said, “The world is at a crossroads. Fortunately, technological advances have given humanity the tools for transformative change, so for the first time in history, we can address the climate crisis while empowering people with the jobs and electricity they need to care for their families, pursue opportunities, and thrive.”