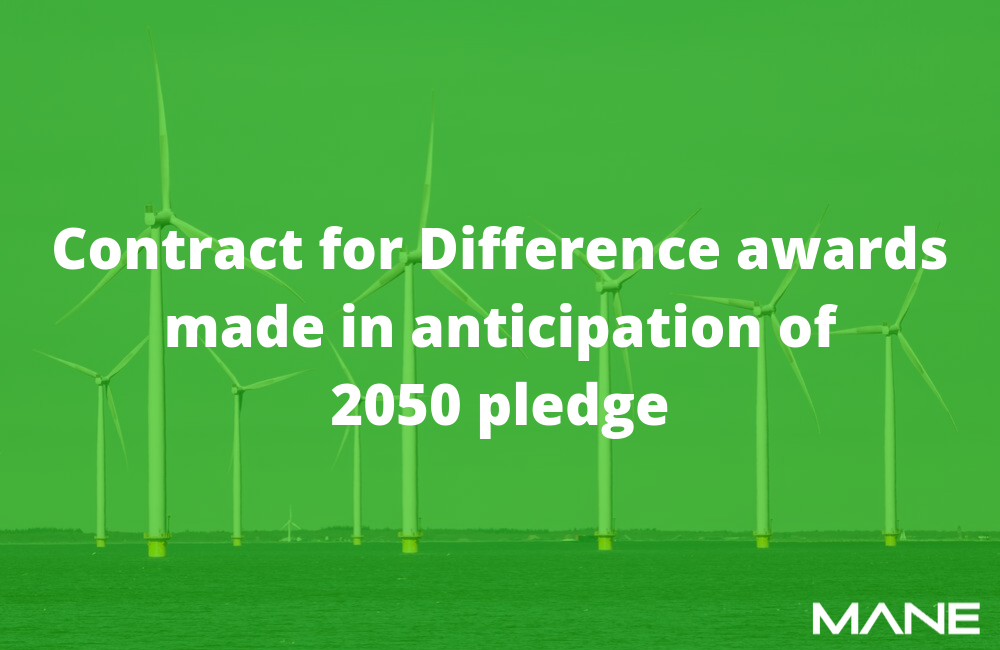 Contract for Difference awards made in anticipation of 2050 pledge

A dozen waste-to-energy, remote island wind and offshore wind projects in the UK have secured Contracts for Difference (CfD) in only the third auction of its kind to be held in the UK.

It is anticipated that the projects will supplement the UK energy capacity by almost 6 GW by 2025. Of all projects, offshore wind will be the big winner, with 5.5GW of awarded capacity.

The biggest projects on the list include the 1.4-GW Sofia offshore wind park by innogy SE, and three 1.2-GW phases of the Dogger Bank Wind Farms project which is being brought forward by Forthwind, a consortium which includes energy giants SSE, RWE, Equior and Statkraft.

These projects will be delivered at prices under £40/MWh, almost a third lower than the lowest strike price seen in the second CfD auction in 2017, which resulted in projects coming in at almost £60/MWh

UK Prime Minister Boris Johnson said: “The UK is leading the way in the fight against climate change, and it’s great news that millions more homes will be powered by clean energy at record low prices.

“Seizing the opportunities of clean energy not only helps to protect our planet but will also back businesses and boost jobs across the UK.”

The table contains details on the strike price, in 2012 prices, and targeted completion.

However, it is not as straight forward as it may seem. The Department of Business, Energy and Industrial Strategy (BEIS) went ahead with the awarding of the CfD’s despite an ongoing judicial review application. This was brought forward by Banks Renewables to contest the exclusion of onshore wind from the technologies eligible to participate.

Despite this uncertainty, these low prices will ultimately mean that the new facilities will generate electricity cheaper than the current gas-fired power stations.

It would certainly seem from the initial analysis that due to the competitive strike prices this third round of CfD will likely have a neutral impact on the budget which is available for CfD support.

But the results also show that UK renewables will likely pass the second of two “tipping points” which were predicted in 2017 by Michael Liebreich, founder of Bloomberg New Energy Finance:

In June, the British government announced a target for net-zero emissions by 2050. With climate change ever-present in the news, these tipping points hold significance, even if just symbolic and are likely to be discussed over the years to come.

Energy and Clean Growth Minister Kwasi Kwarteng commented: “The support we’re announcing today will mean that over 7 million more homes will be powered by renewable energy as we decarbonise our energy system – crucial as we continue on the road to 2050.”

But perhaps more importantly, the result of these CfD will be the creation of 8,000 UK based jobs, in a sector that is already booming.  And whilst this could present challenges in terms of talent acquisition, with plenty of planning and partnering with recruitment experts, this can be overcome.