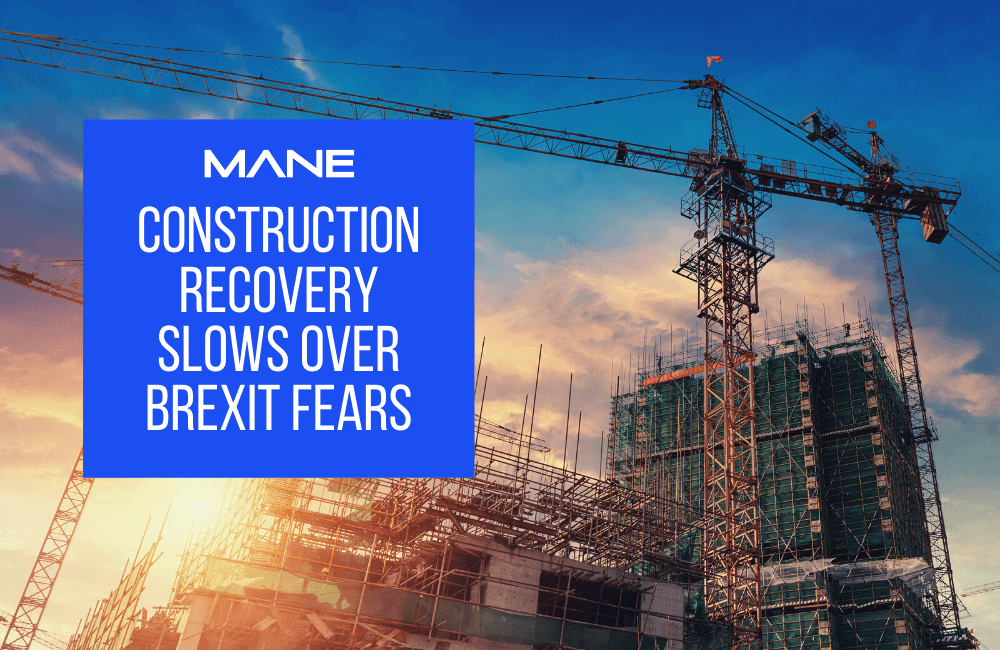 The recovery of UK construction output slowed down significantly in October, according to new data released by the Office for National Statistics.

Although growth continued for the sixth month in a row, at £13.1bn output was only up a barely-there 1% versus September and still nearly £1bn below its pre-pandemic high in February.

Gareth Belsham of property consultancy Naismiths called the situation a “wobble” that showed recovery was “far from complete” and remained fragile.

Not all sectors managed growth in the month, with private commercial and housing construction both declining after previously seeing strong growth. Infrastructure, by contrast, actually came out ahead of where it had been six months previously, the only sector to manage the feat.

The slowdown was likely influenced by fears of a no-deal Brexit and new European trade barriers adding costs and causing delays in the supply chain of vital building materials.

November’s PMI data showed increased activity, with the biggest upswing in orders in six years, but output data for the period of the second lockdown has not been released yet.