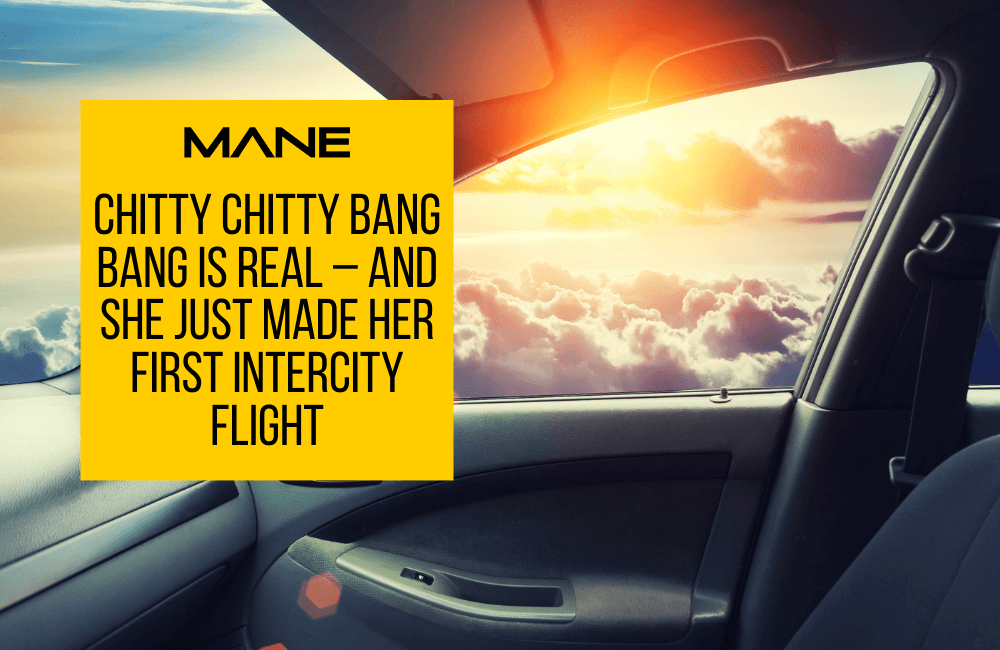 A flying car that sprouts wings and turns its back spoiler into a tailfin has just made an intercity flight in Slovakia. Klein Vision’s AirCar Prototype 1 flew from Nitra to Bratislava, staying airborne for 35 minutes.

Described by avionics expert Dr Stephen Wright as "the lovechild of a Bugatti Veyron and a Cessna 172", the AirCar turns back into a road car at the push of a button on landing. The wings fold back into the tail, which then shrinks back into the chassis. Powered by a 160hp BMW engine and a fixed propeller, the car runs on regular road petrol and comes with a ballistic parachute in case of mishaps.

This milestone marks the culmination of 40 hours of test flights – with proper supervision from the Civil Aviation Authority – for the AirCar, including manoeuvrability testing and 45-degree turns. It’s flown as high as 8,200ft and reached a maximum speed of 118mph.

A second prototype that will boast a 300hp engine is already in the pre-production stage and is expected to reach a maximum cruise speed of 186mph and a maximum flying range of 621 miles.

Unlike an air taxi, the AirCar doesn’t have VTOL (vertical takeoff and landing) as yet and needs a runway to take off, but its ability to transform could be a significant advantage. With the flying car market set to be worth $1.5 trillion by 2040, according to Morgan Stanley, Klein Vision is a company to watch.