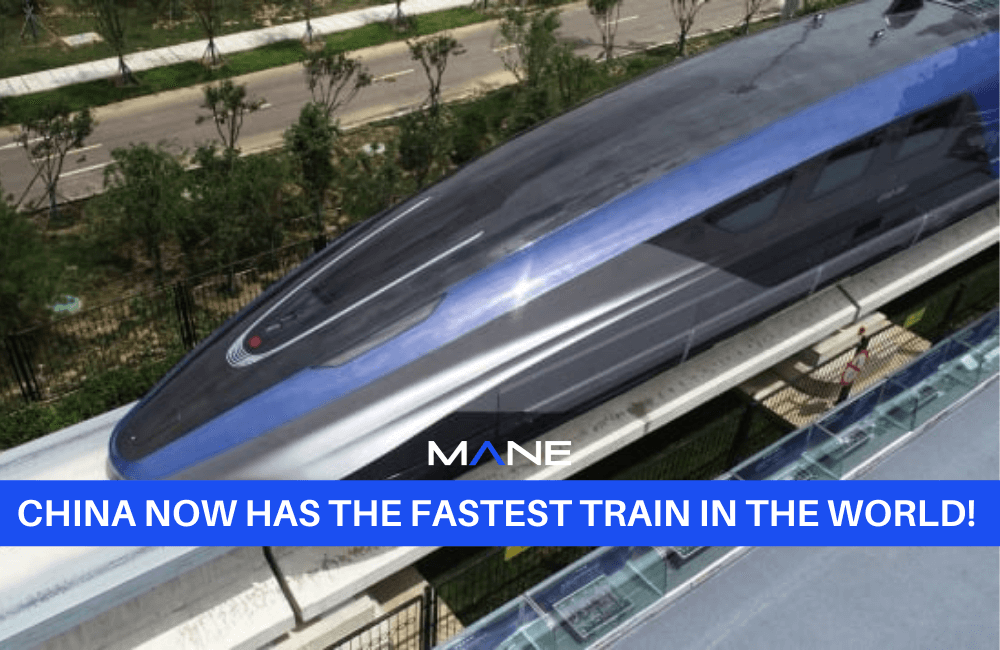 China now has the fastest train in the world!

At the start of the 21st century China had no high-speed railways, but now in 2022 the country has the world’s largest high-speed railways in the world. Most recently China has unveiled their new maglev train that reaches top speeds of 373 miles per hour which will make it the fastest ground vehicle in the world. The train uses electro-magnetic force making the train able to levitate above the track decrease friction that would normally be there for regular trains. This speed will now mean that an average journey from Beijing to Shanghai which is 620 miles will take 2.5 hours compared to 4. This distance for reference is that same distance between Plymouth in the South of England to Inverness in the North of Scotland which at the moment takes 14 hours. Though this train has still not entered service yet as track still needs to be placed down.

The last country with the previous record of the fastest ground vehicle was Japan with the L0 series Maglev which entered service in 2011 and was improved upon in 2020 and is planned to run passengers in 2027 between Tokyo and Osaka. One of the other fastest trains in the world the TGV POS in France has been in service since 2007 and reaches speeds up to 357mph and travels from Basel to Zurich and on the line from Vallorbe to Lausanne coming from Paris. China also holds the record for the country with the most lines of electrified rail in the world stretching around 90,000 miles long and is expected to double in size by 2035. In 2020, 75% of Chinese cities with a population of 500,000 or more had a high-speed rail network but there are still no inter-city or inter-province maglev lines, though Shanghai has started research into how they can implement this and how this would affect its travel times.

Many other countries are trying to implement maglev networks into their cities and province’s like Japan and Germany. Though one of the primary challenges for these countries is the cost that will be incurred from multiple factors including integrating the new network to the existing one, adding substations and power supplies and China was the one to highlight this glaring issue. As in 2005 the proposal for a 1300km Beijing to Shanghai maglev line train was shut down and the main reason for this was because they found that it would be far cheaper and faster to just upgrade the existing line than research and integrate a completely new network. Even Japan’s Shinkansen has been criticised for being to cost inefficient costing around £377 million back in 1964 which is around £8 billion today.