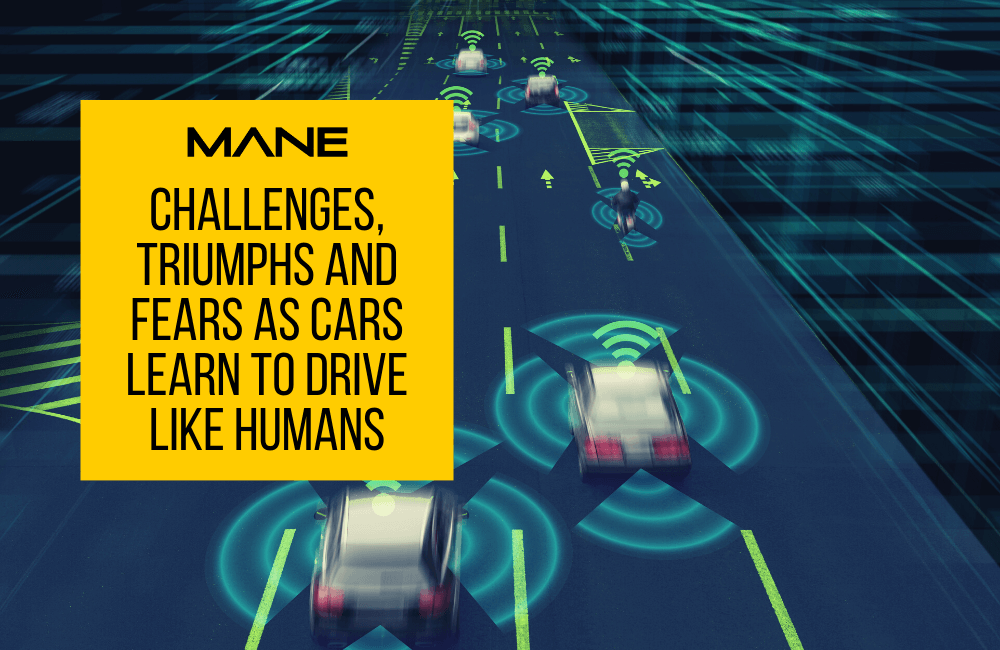 Challenges, triumphs and fears as cars learn to drive like humans

The £13.5m Nissan-led HumanDrive project has paid off: an autonomous Nissan Leaf has driven itself 230 miles on a ‘Grand Drive’ using advanced AI that leverages machine learning to drive like a human.

The research project used simulations based on three types of scenarios – functional, logical and concrete – to study and refine the AI’s responses across the whole range of situations a real driver encountered.

“Robotic, crashable actors” were used to represent other vehicles, cyclists and pedestrians during the track-based testing. The researchers are now calling on the industry to make scenario-based testing standard in autonomous vehicles.

LiDAR (Light Detection and Ranging) technology is another innovation in the spotlight, providing sensors that go beyond cameras and radar to give AI drivers “eyes” that can perceive depth and distance just like those of a human driver.

Industry leaders including Tesla have so far been wary of investing in the technology because of its high cost, but testing has shown it’s likely to be essential to true autonomous driving.

An unlikely champion has emerged in the form of Bosch; the engineering giant, better-known for kitchen appliances, says it can use economies of scale to create the first cost-effective, mass-market-friendly LiDAR sensors.

Given this need for economies of scale, especially with COVID tightening budgets, big traditional automakers and small tech startups are pooling their strengths to create joint ventures. The Human Drive project, which saw Nissan link up with eight other companies including testing specialist Horiba MIRA, is just one example.

Other recent high-profile partnerships include Hyundai and Aptiv, a designer of automotive electronic systems; General Motors and Cruise; Jaguar and Waymo; Ford, Volkswagen and Argo AI. Less of a partnership and more of a takeover was Amazon’s $1.1 billion buyout of struggling Zoox.

The mega-corp’s acquisition of Zoox has many industry leaders feeling optimistic, with Karl Iagnemma, CEO of the Hyundai/Aptiv JV, saying it indicates “massive promise” for AI vehicles.

However, there’s another cloud on the horizon: in the UK, Thatcham Research has found government plans to put AI cars on the streets as early as 2021 could cost lives, warning that current AI may miss debris on the road and closed highway lanes – and fail to miss pedestrians.

US researchers Avery have cited similar fears, pointing out that for insurance purposes, the driver of an AI vehicle technically counts as a passenger, which will cause extra liability for the insurance industry and drive premiums up.

Avery also warns that Tesla drivers have been spotted “doing stupid stuff” like attempting literal back-seat driving, in a car that’s not truly automated. In their opinion, we need to give it another five years; then cars will be truly ready to drive themselves on public highways.