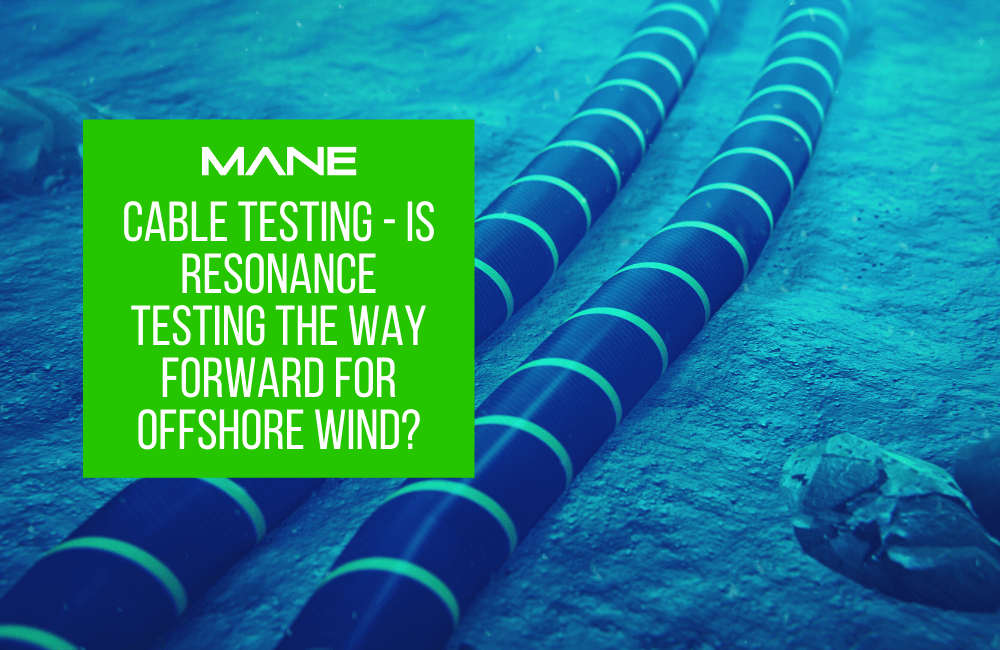 Imagine this: Right before the winter season, something goes wrong at an offshore wind farm. There’s a fault somewhere in one of the long submarine cables that carry the generated electricity to land.

But with storms raging and the testing season almost over, nobody can get out there to run a high-voltage test on the cables. There’ll be no way to find the fault until at least April – which means no electricity. The turbines spin all winter for nothing, while the power company bleeds money.

Conventional cable testing systems aren’t designed to be used in the middle of the ocean. Salty air, rain, snow, and stormy seas make it impossible to operate them reliably. And you can’t exactly pitch a tent over them. Then there’s the difficulty of getting people to the site to carry out the tests. It’s only possible for a few months of the year, and even then it takes considerable advance planning.

This means offshore wind companies have resigned themselves to the use of SOAK tests (a 24-hour test with only nominal voltage) to test cables. But with cables getting longer, and often being made without joints, these tests are becoming increasingly inadequate. Practical and weatherproof testing systems for offshore cables are urgently needed.

Offshore wind is the leading form of renewable energy, and wind turbines are constantly increasing in power. For new wind farms, the operating voltage of the submarine cables that deliver the electricity is being increased to 66kV.

The International Electrotechnical Commission (IEC) has therefore greenlit a second form of testing for operating voltages over 36kV: resonance testing.

Rather than using nominal voltage like the SOAK test, resonance testing actually reproduces the load on a cable operating normally at normal voltage and grid frequency. The test is carried out using a resonant circuit made up of a test inductor (inductance) and a test cable (capacitance). The test system supply has a variable frequency which is automatically set to the test circuit’s resonance frequency, minimising the feed-in power needed.

Resonance testing can also reliably detect installation errors – which are the cause of over half of all problems on offshore wind farms.

And if something does go wrong just before the end of the testing season, resonance testing will enable them to quickly test the systems, fix the problem and keep the winter wind generating power.