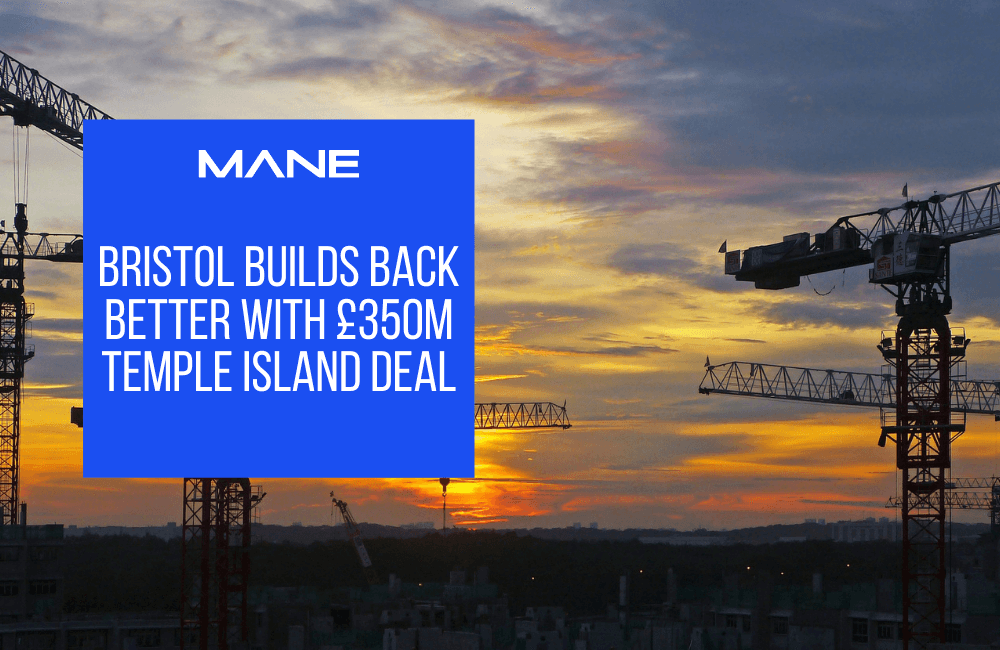 Legal and General has signed a £350m deal with Bristol City Council to invest £350m in building hundreds of homes on the disused Temple Island site.

The site, next to the historic Bristol Temple Meads station, has been at the centre of a long-running political dispute over a failed plan for a £100m arena, which was first mooted in 2003.

Legal and General now plans to turn the site into a vibrant urban quarter with a conference centre, a hotel, two office buildings and 550 new homes, including 220 affordable homes.

The financial firm will hold a public consultation in the coming months to "understand residents, businesses and community groups' aspirations for the site" and said its vision was to support “new ways of living" post-COVID.

Mayor Marvin Rees said the investment would bring a "much needed boost” to economic growth and employment in the city post-COVID, and the affordable homes would help bring people to the city centre.

However, former mayor and architect George Ferguson has criticised the plans over the height of the buildings, which he said was excessive for the historic area and would obscure landmarks like the medieval church of St. Mary Redcliffe and the 19th-century Temple Meads station, which was designed by Brunel.

Pete Gladwell, Legal and General's head of public sector partnerships, was having no truck with this complaint. Citing Legal and General’s 100,000 pension customers in the Bristol area, he said, "With respect, I won't really listen to one person's view over those 100.000 people”.

However, he added that the design was not finalised and pledged not to be “tone deaf”.