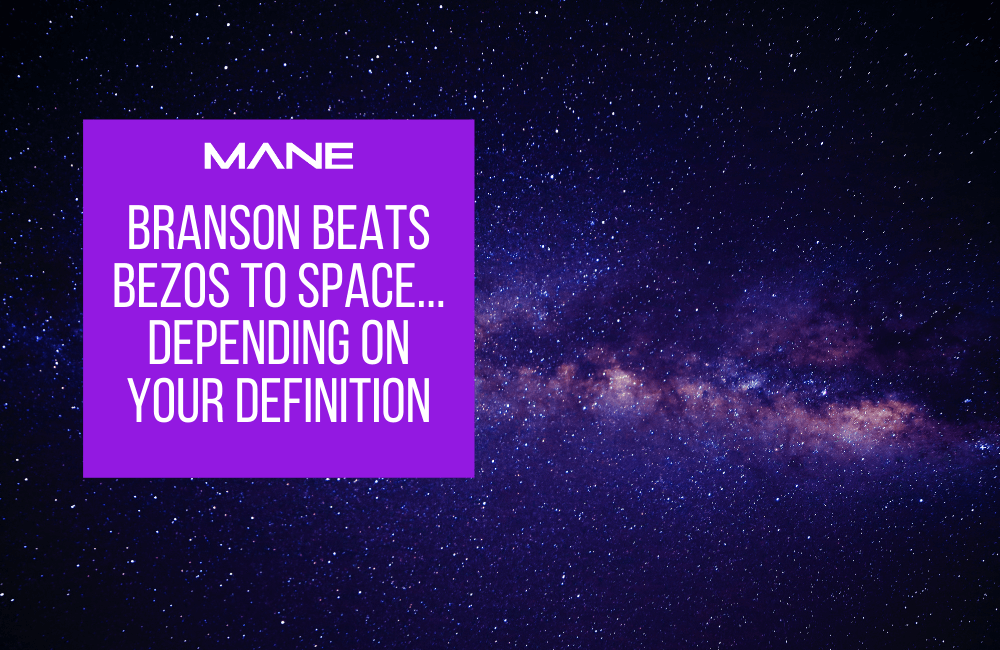 Branson beats Bezos to space... depending on your definition

Richard Branson has finally made it to the edge of space onboard his Virgin Galactic space plane, making him the first person in the world to fly on a spacecraft of their own creation – beating Amazon’s Jeff Bezos by just days.

On 11 July, after over 15 years of preparation, the VSS Unity was launched from New Mexico, with Branson, three other passengers and two pilots on board. The 90-minute Unity 22 mission took the craft to a suborbital altitude of 85 kilometres, high enough to cross the boundary of space, according to the US definition.

However, the international definition – the Kármán line – is 100 kilometres, and Bezos will attempt to cross this boundary in the New Shepard on 20 July.

“I truly believe that space belongs to all of us,” said Branson before the launch. While in flight, he made a broadcast, addressing children on Earth: “I was once a child with a dream looking up to the stars.”.

Branson’s path to achieving this dream started in 2004 when he founded Virgin Galactic. His original aim was to start offering suborbital flights to space tourists and scientists by 2009. But progress was slower than expected, and tragedy halted the plan in 2014 when the VSS Enterprise crashed during a test flight, killing a pilot. Testing was not resumed until 2016.

The Unity 22 mission was the VSS Unity’s 22nd flight test and Virgin Galactic’s fourth crewed spaceflight. It was also the first with a full crew: two pilots and four mission specialists, including Branson, who acted as a playtester for the private astronaut experience.

Objectives for the flight included:

The flight will be followed by vehicle inspections and an in-depth data review to inform Virgin Galactic’s next steps. The company plans two additional test flights before offering its first commercial flight in 2022.