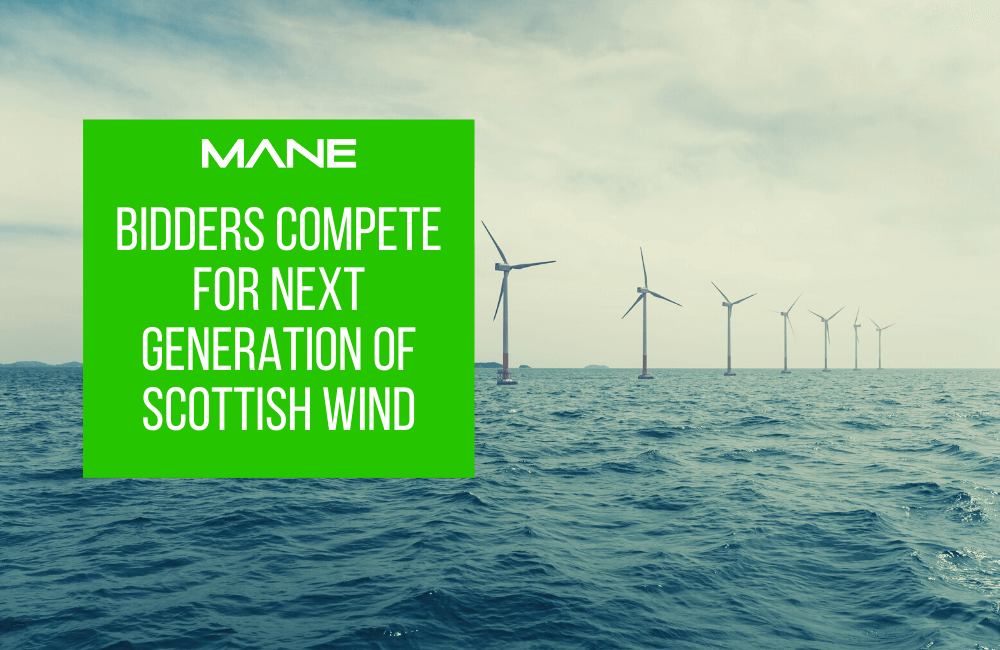 Bidders compete for next generation of Scottish wind

The application deadline has now passed for Crown Estate Scotland’s competitive tender for the seabed leasing for offshore wind, ScotWind. It will confirm the next steps and the general level of interest this week.

That level of interest looks to be high, with giants like BP and Equinor as well as Scottish Power, SSE Renewables and Ocean Winds having all confirmed that they’ve submitted bids.

BP and its partner EnBW have bid for an area off Scotland’s east coast that could potentially generate 2.9GW of offshore wind power. They have said that a winning bid would bring billions of pounds of investment into Scottish offshore wind and the infrastructures that support it, including shipping. BP also pledged to invest in net-zero industries like green hydrogen and EV charging and to make Aberdeen the centre of its global offshore wind portfolio.

Another bidder is a Scottish-Japanese-Danish partnership between Perth-headquartered SSE Renewables, Marubeni Corporation and fund managers Copenhagen Infrastructure Partners. SSE claims to be building more offshore wind energy than any other company in the world.

Other coalitions making bids are Shell and ScottishPower, which have joined forces to make multiple bids, and Ocean Winds and Aker Offshore Wind. Ocean Winds is the power behind Scotland’s biggest offshore wind farm, the 950MW Moray East.