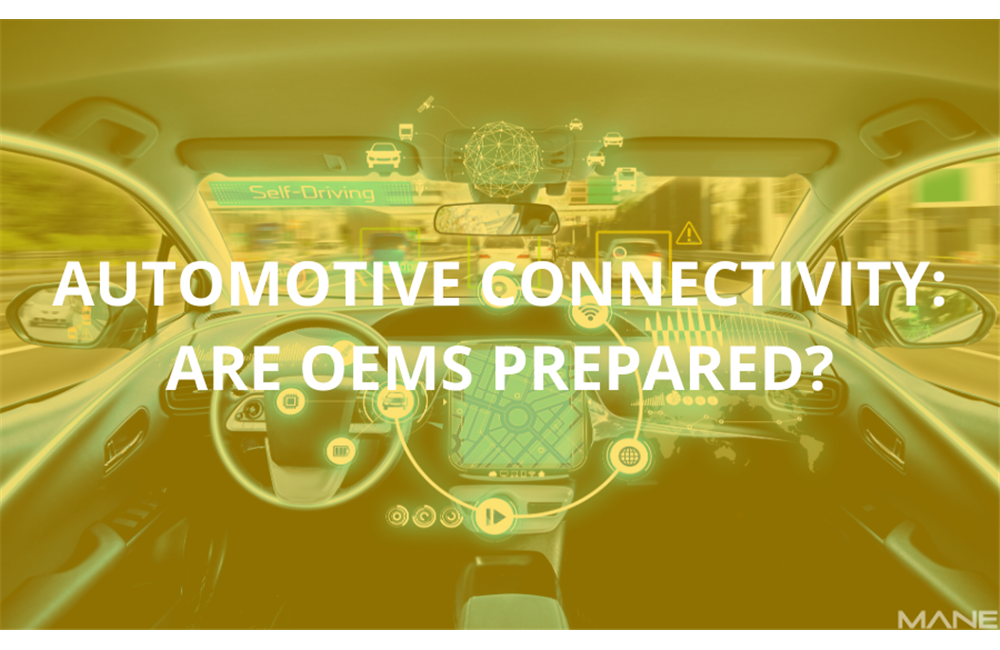 As more and more new cars come already connected to the internet, the great promise of the technology--eliminating traffic accidents, remote diagnostics for mechanics--seems tantalisingly near. Communication between cars for entirely safe roads will take a few decades until all cars without connectivity have been phased out, but experts throughout the industry are confident that the self-driving future is just around the corner.

At the same time, consumer concerns about the security of internet-connected vehicles are prevalent. After all, having your home PC hacked into is scary enough; a piece of heavy machinery being hacked (however remote the possibility) is another story entirely. Some car models have already been shown to have security flaws which allow hackers to take control of the anti-lock braking system. Security of smart vehicles will become a top concern for OEMs (Original Equipment Manufacturers) in the next few years.

Right now, most automotive connectivity technology either allows the driver to connect with media streaming services like Spotify, or simply allows the manufacturer of the car to update software that connects different systems within the vehicle (like anti-lock brakes and electronic stability programmes). It’s also used for onboard diagnostics--showing drivers where there’s an issue via dash displays or other indicators.

But all this is only the beginning. As technology evolves and traffic laws evolve with it, there will be a demand for specific systems in order to comply with regulatory requirements--for vehicle safety as well as data protection. With manufacturers including more and more ways to connect to the web with your car, security and privacy concerns will move to the forefront. OEMs will need to be ready to address consumer needs relating to web safety not only on the road but in repair situations.

As cars become more “networked”, with the ability to utilize WiFi, 4G, and new channels like V2V--Vehicle to Vehicle--or V2I--Vehicle to Infrastructure--their security vulnerabilities increase. So far, safety and data privacy have taken somewhat of a back seat to these exciting possibilities. OEMs, however, have a responsibility to the public to shift their approach.

While motor vehicle safety has traditionally been seen as something that was mainly up to the consumer, in this case OEMs are in the best position to spearhead efforts to make the new automotive technology safer. The power to build security into the interconnected technologies that make up a smart vehicle lies with them. It’s time for OEMs to evaluate which of their approaches might be outdated or oversimplistic, and guide the industry to its best possible future.