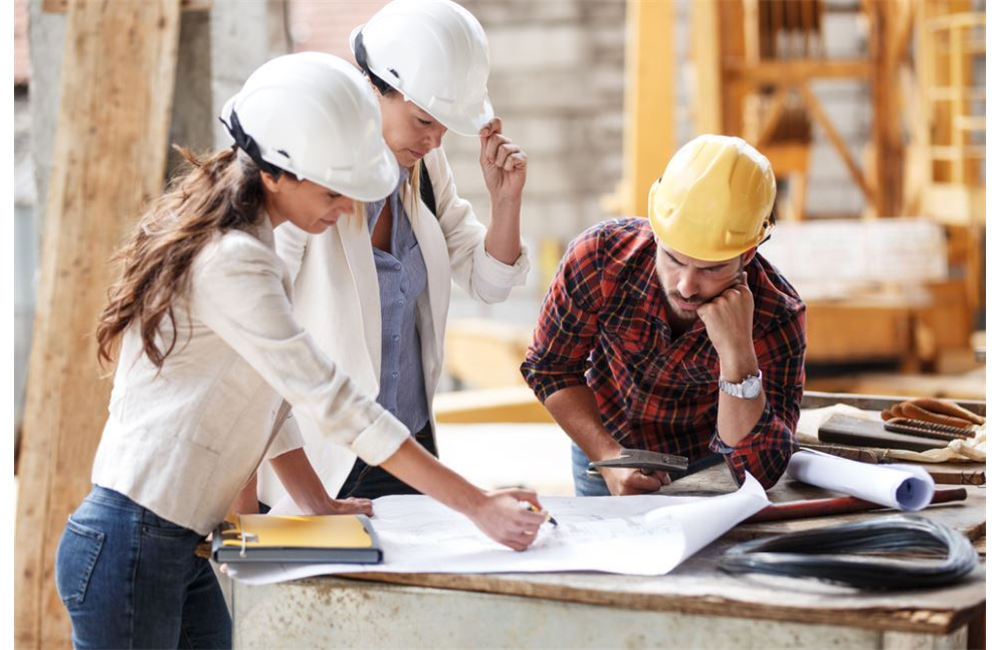 Attracting Women into the Construction Industry

Every company strives to consist of a diverse workforce, not just to create an enjoyable workplace environment but for the myriad benefits it can bring.

Companies and businesses that have embraced the modern mentality of a diverse workforce have famously enjoyed the likes of a better company reputation, reduced employee turnover and faster problem-solving; and this is just listing results that are objectively good for a company. For those that are within a diverse company, there are even more pros reported including, but certainly not limited to, a variety of different perspectives, an increase in creativity and generally a more positive environment.

In short, hiring people from all walks of life is a win-win for both a company and those within it, which is exactly why more and more companies (and industries as a whole) are scrambling to become more diverse.

It goes without saying that this includes hiring more women.

However, some industries seem to struggle with attracting women to the prospect of a career-focused in their realms. A gargantuan case study of this is the energy sector, with reports from America in 2019 stating that only 13% of the renewable energy industry is made up of women; despite being a booming industry.

So how would a construction company achieve a more diverse workplace? How does one hire women in the construction industry? This is the question that Lift Mini Crane Hire is aiming to answer. 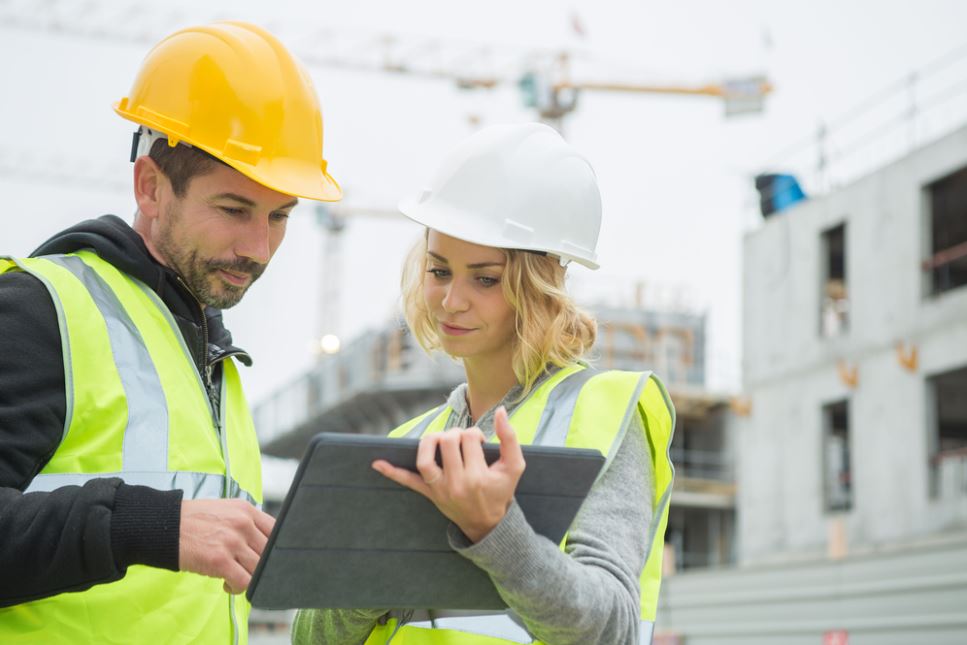 As one might expect, the first step when reaching out to potential candidates is vital; and it’s one that many might stumble at without even realising.

There’s also the common mistake of asking for the candidate to be nothing less than a Renaissance man or woman. It’s always appealing for hiring boards or those responsible for sourcing talent to create a giant check-list of desirable elements (and there are plenty of jokes out there poking fun of this habit), but while the office could use someone capable of doing virtually everything a computer is capable of doing it’s important to remember that these people are as rare and elusive as a double rainbow. Whoever is creating the job list might simply see these bullet points below ‘experience’ as non-essential and merely a wish list, but this wide net approach to recruitment is more than likely doing more harm than good.

According to the Harvard Business Review, on average men will apply for a role if they meet approximately 60% of the application requirements, likely seeing that they fulfil the ‘experience’ and ‘education’ sections and consider the rest of a job description as something worth discussing. However, this is starkly different from what the Harvard Business Review discovered that on average women applicants will only apply if they feel like they meet 100% of the criteria.

This means that if you’re posting desirable qualities, even if they’re listed as ‘desirable’, ‘non-essential’ or just under the header of ‘about you’, you might be inadvertently appearing as an undesirable company yourself.

The same issues can also crop up depending on the language you’re using. Some companies like to portray themselves as approachable, friendly, relaxed and casual, often opting to use words and terms like “marketing wizard” or “industry rock star” as well as masculine denominators like ‘confident’ or ‘independent’. While these might be innocent mistakes, possibly made to appeal to younger applicants, they can paint a pretty aggressive picture to women looking at a job listing and the company.

This leads to another problem that companies may not even be aware is a problem; their brand. 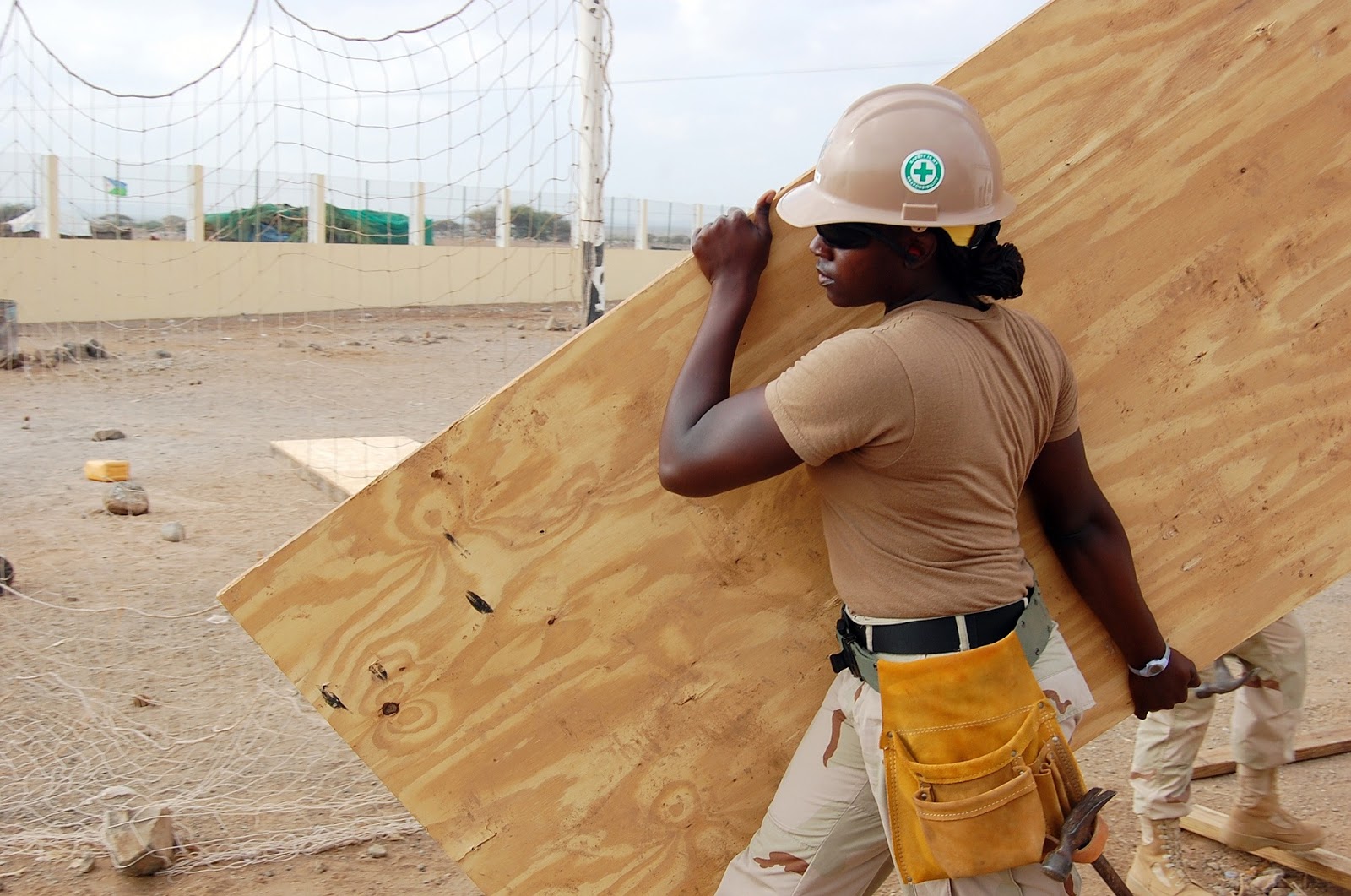 One of the most commonly asked questions by candidates during an interview is “What is the culture like at your company?”. Some might be quick to misunderstand this and start matter-of-factly listing off how diverse the workforce is, but 9 times out of 10 the candidate is asking how nice people are in the office, how supportive the managers are, so on and so forth. That’s why it’s vital to know how to make your workplace and your company a welcoming space.

Not unlike the job listings themselves, it’s easy to understand why companies can embrace specific brand styles or make specific choices with how they advertise themselves, yet the distinction between the two is that brand choices are seen as much more of the company’s identity. Ergo, broadcasting a male-dominated brand isn’t going to be too alluring to female candidates.

There are plenty of examples of companies ditching their ‘boy’s club’ style branding. One prominent case would be the ‘Unilad’ media group, which may surprise some as it literally has word ‘lad’ in its name. Despite this generally male focussed beginning, the media group expanded more and more, becoming much more general media-based and creating more groups under its umbrella, including the arguably female-based ‘Pretty 52’.

It’s this kind of rebrand, this pivot that can send a message to any women looking around the industry for an accepting company that will encourage and promote advancements for everyone who joins the team.

One of the best ways to pursue a more gender-diverse workforce is to consider special recruitment campaigns that showcase a progressive working environment. Industries like the construction industry are more often than not seen as a male-centred industry and so launching a recruitment campaign that’s aimed specifically at women could be a powerful tool.

Nokia has already embraced this method and seen the fruits of their efforts yield brilliant results. Mohamed Habib, the Head of Resourcing & Employment, stated that: “Nokia is executing on a five-year strategy on gender balance, empowered by our leaders’ conviction and actions. Awareness is a first major step and we have been taking very seriously; training our leaders, managers and employees on gender balance best practices.” This long-term approach to hiring women and creating a more gender-balanced workforce is the productive approach that those in the construction industry could learn a lot from, as the long-term effort is sure to yield long-term results. 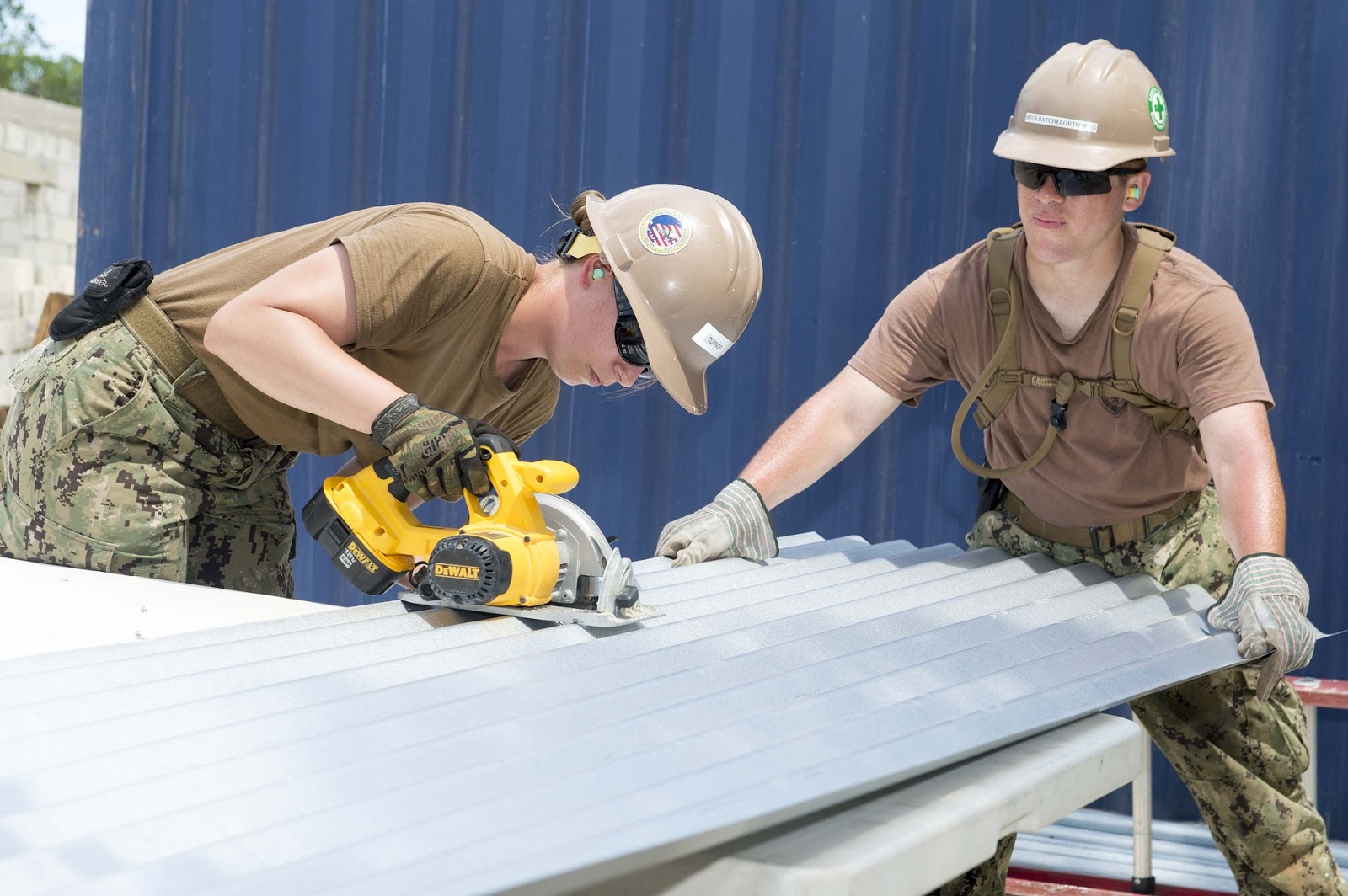 Speaking of inclusion, any company hoping to bolster their ranks with more women would be wise to consider just how diverse ‘diversity’ is when hiring staff. Aiming to include more women is a step in the right direction, but ensuring that nothing gets in the way of considering a candidate. An example of what could trip up some less progressive companies, and thus are what forward-thinking and modern companies should attempt to prevent, is a hiring board or recruitment manager taking too much of the lifestyles of candidates into account; especially if they’re LGBTQ.

When discussing how important diversity and inclusion is during a recruitment/hiring process, Erin Uritus, CEO of the non-profit workplace advocacy group Out & Equal, suggests that companies should: “Embrace this idea of intersectionality and [remember] that everybody is representing some kind of difference.” She goes on to stress that in America she predicts that at least 20% of those in the millennial age group identify as LGBTQ, and so any companies excluding these candidates, whether it’s accidentally or maliciously, are essentially cutting themselves off from approximately 75% of the workforce in 2025.

Approaching candidates who identify as being part of this group is exactly the kind of progressive thinking that will help to improve diversity in the workplace, and will naturally make a company much more appealing.

As well as ensuring that your company is positively received by both its workforce and the public as a whole is certainly important, but those looking to join the team will also be concerned about their potential future within the company. By creating a clear path for a candidate, with opportunities to develop skills, see clear methods to be promoted and obvious benefits to enjoy, they will hopefully be able to see themselves walking on it.

When considering hiring women in the construction industry there’s one major element that often springs up, as it does in many other industries; the prospect of maternity pay. A study showed that 61% of women wouldn’t join a company if it didn’t have a paid maternity leave policy, which already drastically limits the talent pool a company would have to pick from right off the bat.

One of the greatest providers for maternity leave is Netflix who made the news when they announced that they’d be offering a full year of maternity leave, as well as paternal leave for fathers. Since Netflix made this splash, other industry titans followed suit with longer maternity leave periods, such as Microsoft offering 20 weeks and Adobe offering 26 weeks, so by providing this kind of financial stability for women who wish to be mothers down the line you’ll be offering them an incredible incentive not only to apply but to stay within the company.

It’s true that some smaller companies can’t compete with some of the better offers that the likes of Netflix can bring to the table, but it’s always worth considering these costs when trying to create a productive and inclusive working environment in the long run. 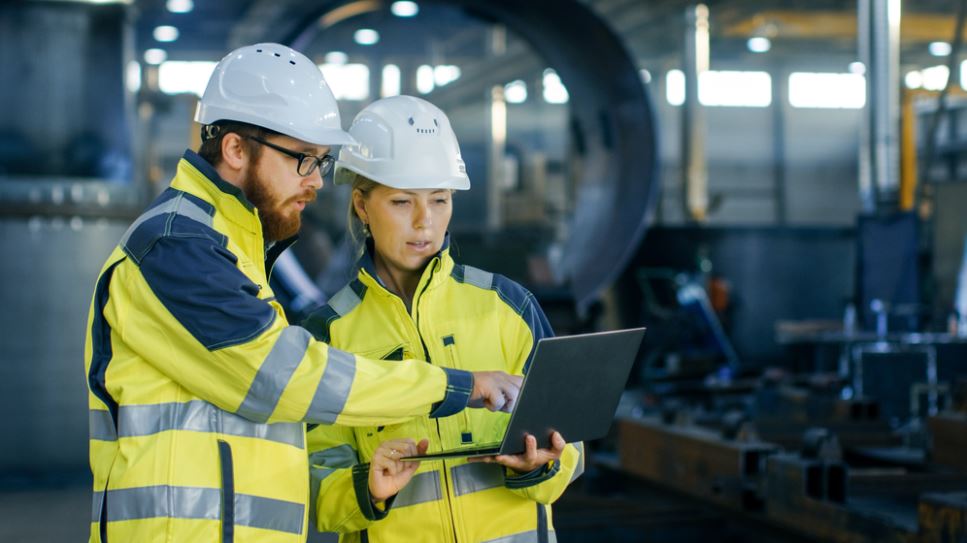 The Solutions; How to Hire Women in Construction

In conclusion, there are several distinct actions that you as a company can undertake to progress and thrive with a diverse workforce. First things first, you should ensure that your company and brand isn’t exclusionary to women in any way, even if it’s accidental or inadvertent. By doing some research into alternative actions within the company, making changes to any perceived male-focussed elements of your workforce or even consulting external sources for opinions on whether your brand identity needs to undergo any transformations, you can potentially nip a lot of problems in the bud.

Next is how go reach out to female candidates. Whether you’re focussing on a woman-based recruitment campaign or you’re keeping your doors open to everyone, you should consider several key factors. This includes how your job description is presented, what benefits the role provides, the language you use to advertise the role and keeping the application as streamlined as possible. There’s nothing wrong with advertising a job role that’s concise and pin-points precisely what the job needs, and if there are any desirable qualities in a candidate you can simply bring these up during the interview process.

Another key element to consider is whether you can offer paid family leave. Some companies do offer maternity leave with less pay or even no pay, and though this is better than nothing it’s not exactly something a company should be proud about; especially if you’re trying to set yourself apart from other companies and establish more women in the industry as a whole.

Finally, there’s the issue of ‘salary negotiations’ to consider. Be prepared to discuss and negotiate a potential candidate’s salary, as even if you feel that the salary you’re offering is generous, others may wish to see if you truly value them as a potential member of the team.

In short, remember to approach candidates with welcoming arms, consider everything you need to make your application process easier to complete for people of all walks of life and, if nothing else, consider what you would appreciate and admire if you were approaching a potential construction company to work for.