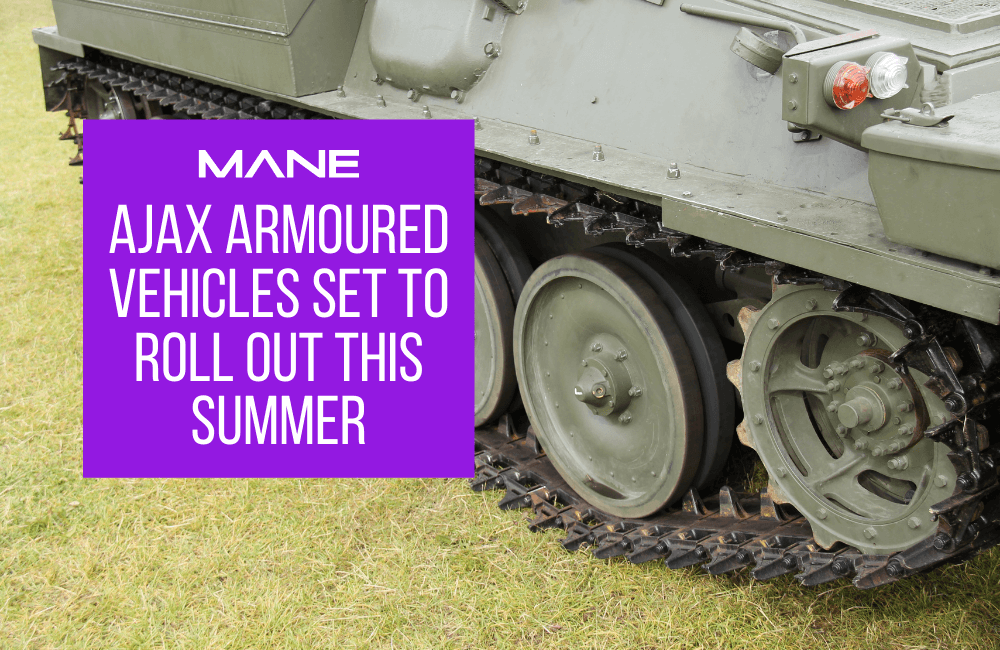 Ajax armoured vehicles set to roll out this summer

The British Army looks set to have a squadron of the new Ajax armoured vehicles by this summer, ready for team-level training.

The vehicles are part of the Ajax family created by General Dynamics. Their troop-carrying relative, Ares, has already been delivered to the Army.

Twelve Ajax vehicles are going through the General Acceptance Testing process right now, and several of them have already passed their live firing trials and gone on to the final stage of acceptance testing.

The Ajax variant which is about to be delivered comes with a CTA International 40mm cannon, which also features on the turrets of vehicles in the ongoing Warrior Capability Sustainment Programme (WCSP).

In total, the Army has ordered 589 vehicles in six different variants:

The Ajax variant makes up the bulk of the order, with 245 vehicles. The first vehicles in the family were delivered in February 2019, and the delivery of the whole order is expected to continue until 2025.

Last October, General Dynamics said Ajax vehicles had already fired 4,200 40mm rounds out of their CT40 cannons during trials, and that 45 turrets and 157 vehicle hulls had been built.

60 had been completed, 17 of which had been accepted by the Ministry of Defence and 12 put into service.

Sir Stephen Lovegrove, the MOD’s Permanent Secretary, confirmed at that point that Ajax’s initial operating capability (IOC) was expected to be delayed until this June.