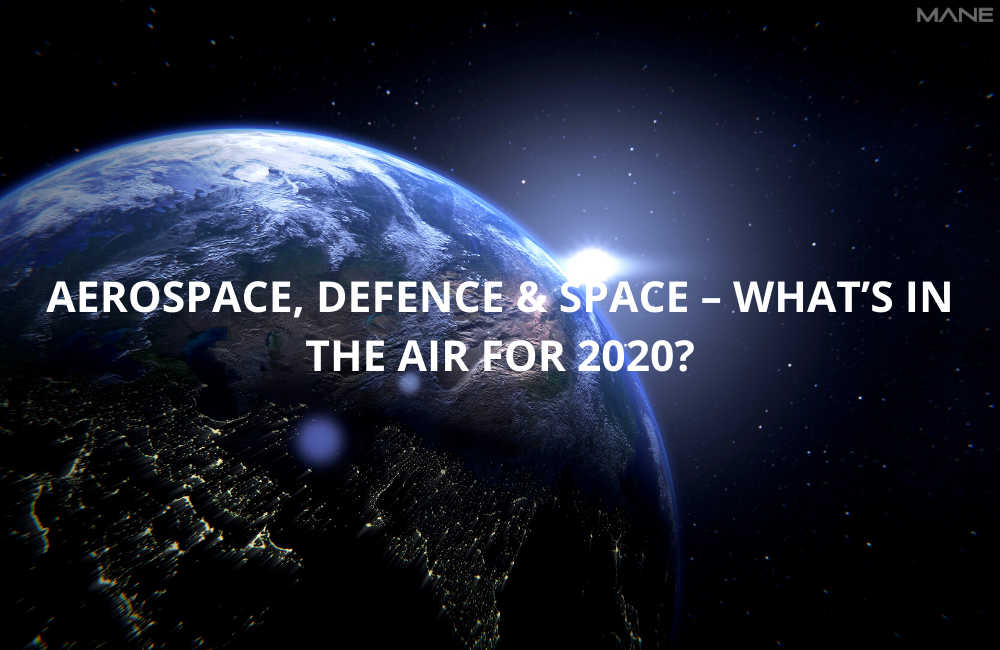 After soaring in 2018, the worldwide aerospace and defence (A&D) industry has fallen back to earth in 2019. Although growth continued in the defence sector, the commercial aerospace sector has seen a slowdown.

In 2020, the A&D industry is expected to see renewed growth across the board and a recovery for the commercial aerospace sector. The defence sector got a boost in 2019, but not for the happiest reasons - security threats worldwide have intensified, pushing governments to pour more money into their defence budgets.

Defence spending is expected to rise another 3-4% in 2020, hitting an estimated US$1.9 trillion, 1 as the global drive to modernise and recapitalise the military continues. The US is expected to drive most of the growth, with China and India not far behind thanks to the sheer size of the populations they have to defend.

Meanwhile, the commercial aerospace sector has been dogged by production issues in certain aircraft models, leading to a decline in deliveries. The order backlog of commercial aircraft has also fallen a bit, from its 2018 peak of 14,700 aircraft to just over 14,000 by the end of August 2019. This was partly caused by order cancellations and partly by a drop in new orders. However, it’s expected to bounce back as demand for commercial aircraft remains robust, with nearly 40,000 new planes expected in the next two decades.

The A&D industry is continually shaped by new developments in technology. Some significant innovations that are likely to affect the industry in the medium to long term include:

Growth in the A&D industry calls for big tech investments

As production requirements for both commercial and military aircraft continue to rise, and A&D customers demand more customisation faster, A&D companies need to get on board with the latest manufacturing technologies and develop agile production and predictive quality controls. Investing in digital technologies could put the industry at the forefront of manufacturing, boosting efficiency and productivity.